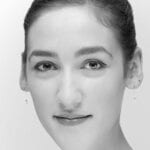 Miranda Dafoe is from Sunnyvale, CA. She started dancing at the age of three... 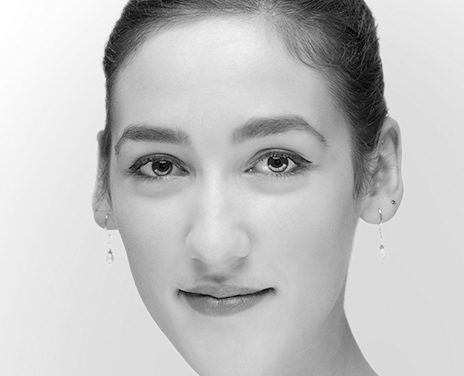 Miranda Dafoe is from Sunnyvale, CA. She started dancing at the age of three, and by nine years, she was studying at San Francisco Ballet School. She also trained privately with Cuban ballet legends Jorge Esquivel and Amparo Brito. After studying at San Francisco Ballet School for eight years, she moved to train at Houston Ballet Academy on a full scholarship. Miranda then joined Kansas City Ballet for three seasons, becoming a member of the Kansas City Ballet 2. Her repertoire with the company includes the premiere of Devon Carney's The Nutcracker, Romeo and Juliet, and Peter Pan, and many others. Miranda performed principal roles in Sylvia and La Bayadère and contemporary works by Anthony Krutzkamp, Ryan Nye, and Parrish Maynard. She's excited to be in her first season here with the Dayton Ballet.

Terre holds a BS in Dance Performance, concentration in Ballet, from Ball State University. Further studies include John Rodriguez, Dayton Ballet, and Broadway Dance Center, the latter both in New York City. Terre is the owner and principal teacher of Terre's Dance Workshop. She is the founder and director of Miami Valley Dance Company. She is also a member of The Miami Valley Dance Teachers and a former member of the board of Dance Theater Dayton.

Pam Turner Ellis – Pam studied dance for 15 years at Terre's Dance Workshop. She was a soloist for Kettering Youth Ballet for five years. Pam has a degree in dance and education from Wright State University. She has danced professionally in musical theater and has been dance captain and assistant to the choreographer in many shows. 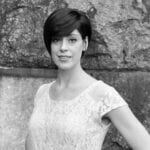 Dance Instructor Claire Dorothy Hinde is thrilled to be choreographing... 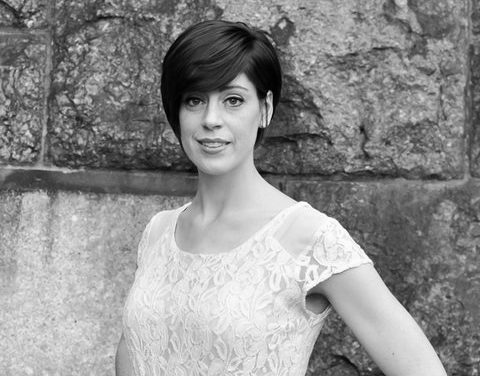 Claire Dorothy Hinde is thrilled to be choreographing for the Miami Valley Dance Company. A native of Kettering, she was the Registrar and Summer Programs Coordinator for the Gelsey Kirkland Academy of Classical Ballet in New York City and has now happily relocated to the Dayton area.

Beginning her training with Terre Manning, Clair Dorothy went on to study dance and choreography at Mercyhurst college, spearheading several projects, including a student art salon, giving students a chance to showcase new works. During her time in New York City, Claire Dorothy co-created and performed several works for choreography festivals, including a featured piece in the GRC Dance Lab in 2012.

Claire has performed as a dancer on an international tour of Elmo's Superheroes! and in a local company, SoMar Dance works, and as a freelance artist. In her performance opportunities, she has been fortunate enough to work closely with Bruce Marks, Gelsey Kirkland, David Howard, and other masters. 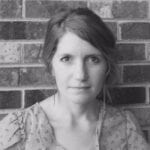 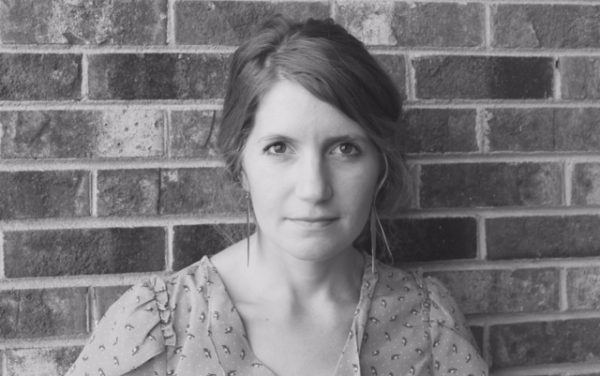 Cassie George studied dance for fifteen years at Terre's Dance Workshop and was a part of the Kettering Youth Ballet. She went on to receive a BFA in Fashion Design from the Columbus College of Art and Design. Cassie has worked with multiple studios teaching dance/tumble as well as designing costumes. In North Carolina, she helped launch a new studio, create an elementary school dance program, and design costumes for competition teams and companies. You'll see her at the desk, working with our children's program or altering costuming. 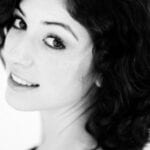 Dance Instructor Lily Seitter grew up in Ottawa, Ontario, where she received her formative... 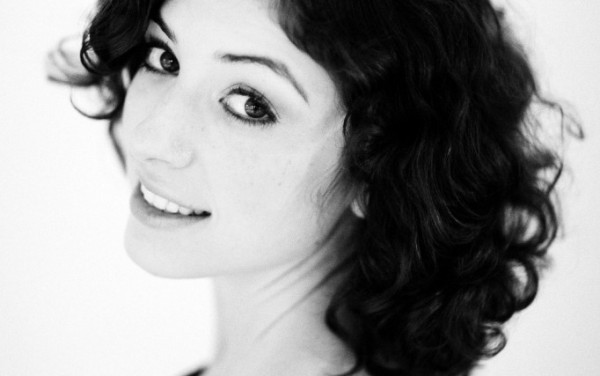 Lily Seitter grew up in Ottawa, Ontario, where she received her formative ballet training at The School of Dance, under Merrilee Hodgins and Celia Franca. Lily graduated Cum Laude from Butler University with a BFA in Dance Performance. While at Butler, she performed various roles with the Butler Ballet, including the Dew Drop Fairy in The Nutcracker and the principal role in George Balanchine's Walpurgisnacht Ballet. Lily has danced professionally with the Richmond Ballet in Virginia and New York City, performing in works by George Balanchine and Merce Cunningham. Her choreography has been performed in the US, Canada, Poland, and Russia. 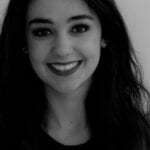 Dance Instructor Jaelyn Blake is from Toledo, Ohio, where she started dancing at the 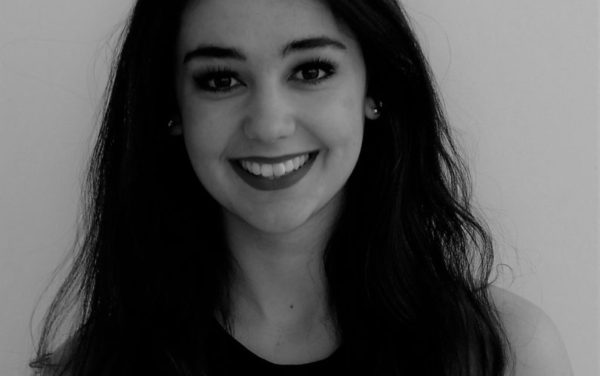 Jaelyn Blake is from Toledo, Ohio, where she started dancing at the age of six. She attended Toledo School for the Arts, Company C Dance Club, and Ballet Theater of Toledo. She attended many dance competitions and conventions, including West Coast Dance Explosion, where she won the Senior Elite Title award. Jaelyn Moved to Dayton, Ohio, in 2014 after she graduated high school to attend Wright State University to study dance. While enrolled at Wright State, she participated in many performances included Emerging Choreographers Showcase as a dancer and a choreographer. She was also seen in the Faculty Spring Dance Concerts and Fall Concerts. During her four years in college, she had to chance to work with the amazing faculty at Wright State University. She also had the opportunity to work with world-known choreographers, including Dwight Rhoden of Complexion, Shannon Bramham of Koresh Dance Company, Ray Mercer, and Jon Lehrer of the Lehrer Company. In her junior year at Wright State, she was accepted into Dayton Contemporary Dance Company II. She trained under Shonna Hickman-Matlock, Debbie Blunden Diggs, and many others. Jaelyn has performed a lot throughout her college career. However she has also choreographed many works at Wright State. Jaelyn recently graduated from Wright State University, receiving a BFA in dance. She will continue her dancer career but would also like to go back to school to receive a degree in Physical Therapy. 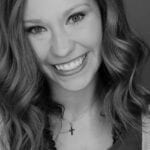 Dance Instructor Heather Cagle is from Toledo, Ohio. She is currently a Senior at... 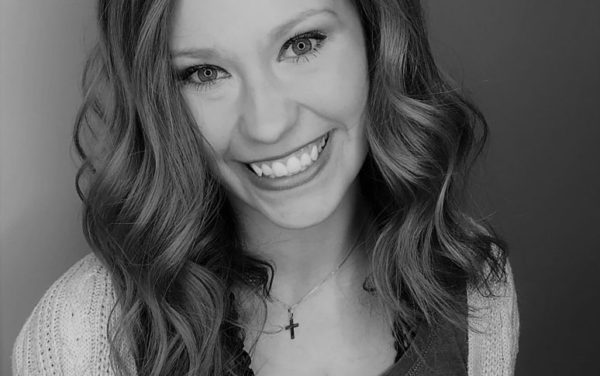 Heather Cagle is from Toledo, Ohio. She is currently a Senior at Wright State University, majoring in dance. This is her second season with Dayton Contemporary's Second Dance Company. She has had the pleasure of working with guest choreographers such as Dwight Rhoden, Clifford Williams, Joshua Manculich, and Shannon Bramham, to name a few. She has had the amazing opportunity to perform in the 2018 Cincinnati Area Choreographers Festival and was apart of the winning work in 2017 Lose Your Marbles' Festival in Akron, Ohio. She has learned more than anything in dance that hard work and a love for dance will get one farther than anything else. She would like to give a special thank you to her friends, family, and teachers for their constant love and support. She would like to especially thank Shonna Hickman-Matlock for believing in her, constantly helping her to improve, and helping her to achieve her dreams.

Sergey Pakharev – Sergey is a native of St. Petersburg, Russia, and trained at the Academy of Russian Ballet and The School of the Kirov Ballet. Upon graduation, he danced as a Soloist at the Maryinsky Theater. He has had an exciting career, receiving a diploma at the International Ballet Competition. Since coming to the United States, Sergey danced as a soloist with the Fort Worth/Dallas Ballet. He was with Cincinnati Ballet from 2003-2008 and has performed lead roles in Coppelia, Swan Lake, Balanchine's Who Cares?, Prodigal Son, and the Tchaikovsky Pas de Deux.

Paul Gilliam started his ballet training in Ardmore, Oklahoma, and finished it in 2002 at the Houston Ballet Academy. Paul is happy to be in his eighth season with Dayton Ballet in the last eleven years; while away, he performed many leading roles, including "Franz" in Coppelia; Diana and Acteon; "Basilio" in Don Quixote; Esmeralda pas de deux; and roles in many contemporary works. During his seven years with the Dayton Ballet, he has performed as "Escamillo" in Carmen, "Renfield" in Dracula, "Peter" in Peter Pan, "D'Artagnan" in The Three Musketeers, and an "Ugly Stepsister" in Cinderella. He was a featured artist in Trinity and has performed many featured roles in The Nutcracker. 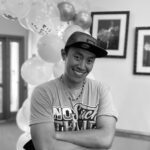 Jonathan Pattiwael he began dancing at 16 where he competed in dance all over Texas.

At 21 he then went into training for Contemporary and Modern. He has a very diverse teaching resume having taught full time throughout graduate school at Texas Woman's University. Now he is a full time professor at UD and collaborates with artists. You can still catch him rockin the sivers throughout Dayton. Space is limited so sign up for his Wednesday Hip Hop 1 at 7:30 and Hip Hop 2 at 8:15 before the spots are gone and a wait list is started. 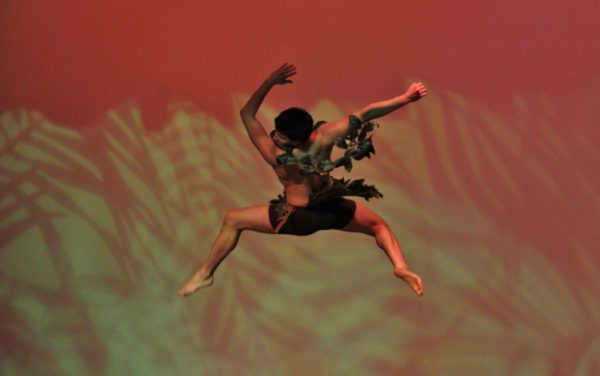 In 2015, he graduated from California State University of Fullerton with a BA degree in dance. He performed in the Dance Teacher's Summit and Capezio ACE Awards, and the Nutcracker under director Lois Ellyn of Nouveau Chamber Ballet.

In 2016, he performed in Donald McKayle's Rainbow Round My Shoulder at David H. Koch Theatre in Lincoln Center in New York City.

Mr. Pulido was a teacher's assistant at the Los Angeles Dance Connection, where he trained for ten years.

The choreographer who has most influenced him is Alvin Rangel, who has worked with DCDC: "His movement flows continuously with a few surprises here and there. He made me use and adapt the floor to my body."